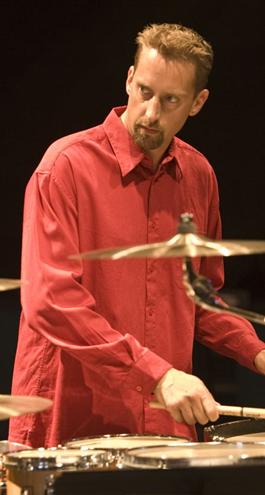 Active as an educator, chamber musician and drum set specialist, he was the assistant to Robert van Sice at Rotterdam’s Conservatory of Music and was the Director of Percussion Studies at New Mexico State University.  He has performed recitals and chamber music in Holland, Belgium, Illinois, Colorado, New Mexico, Maryland, and Washington, D.C. as well as given master classes in nearly all 50 states. As a drum set specialist, he has performed various styles of jazz and rock throughout the Chicago area with the Ramesdell Jazz Quintet and the pop/rock group The Others.